On Thursday November 28, 2019, second day of the Polis Conference 2019, ReVeAL was presented in two different sessions.

Session 4A ‘Clean Energy, Smart Grids and Electric Mobility’ featured a presentation, “The role of smart, clean energy systems in powering transport in London“, by David Talbot and Tina Panche, Transport for London. 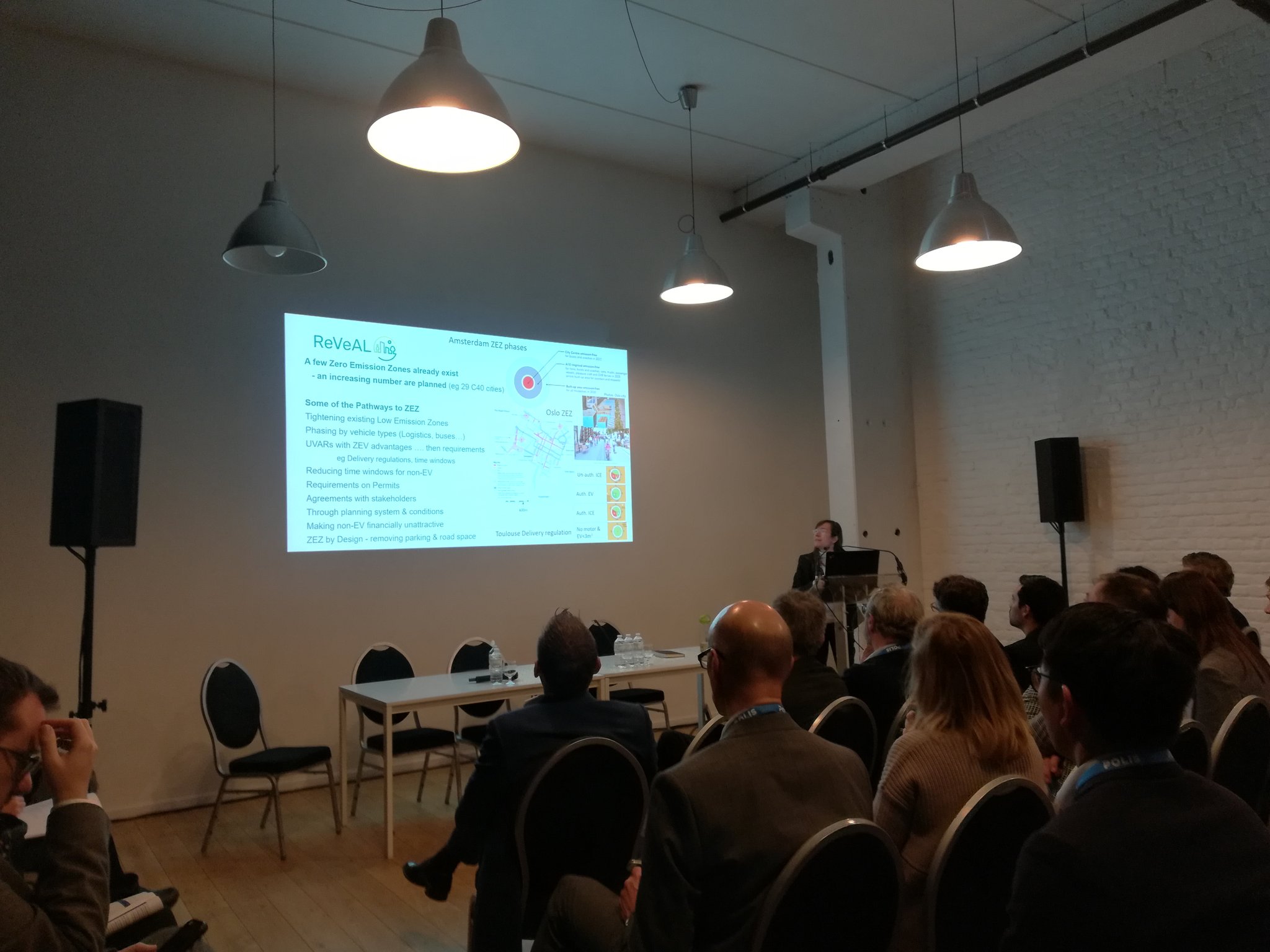 The role of smart, clean energy systems in powering transport in London

More precisely, David Talbot mentioned ReVeAL as a policy driver for UVAR implementation. Bringing the example of the City of London, he outlined the objectives and expected results of UVAR through ReVeAL, such as:

In an interesting exchange with Matthew Baldwin, DG MOVE, who asked ‘How can the European Commission support UVARs?’, Lucy Sadler answered:

Facilitating information exchange between cities and supporting them. And to do this, cities will need support.

In terms of harmonizing, sometimes it goes very much upwards, and it also needs to fit the city. You cannot “enforce” harmonization.

The frameworks then vary a lot from city to city, from country to country: there is not a one-to-one match, but rather a process of “matching through”.

What is really important is not to limit what cities can do, because this might also discourage best practices and innovation.

In a way, what ReVeAL is already doing.