The importance… of being a NetZeroCity

Home » Publications » The importance… of being a NetZeroCity

In the struggle for climate neutrality, 64 participating cities from 22 EU Member States and 3 associated countries have contributed to the report City Needs, Drivers and Barriers Towards Climate Neutrality, which has been released by NetZeroCities (NZC).

The cities shown in the report are at various phases of their journeys toward climate neutrality and have a wide range of population densities. The NZC team examined the factors that would motivate a city to pursue climate neutrality (drivers), the obstacles in the way (barriers), and the elements that make up an enabling environment through 10 focus group talks with city leaders (needs) – UVARs were naturally part of the discussion. 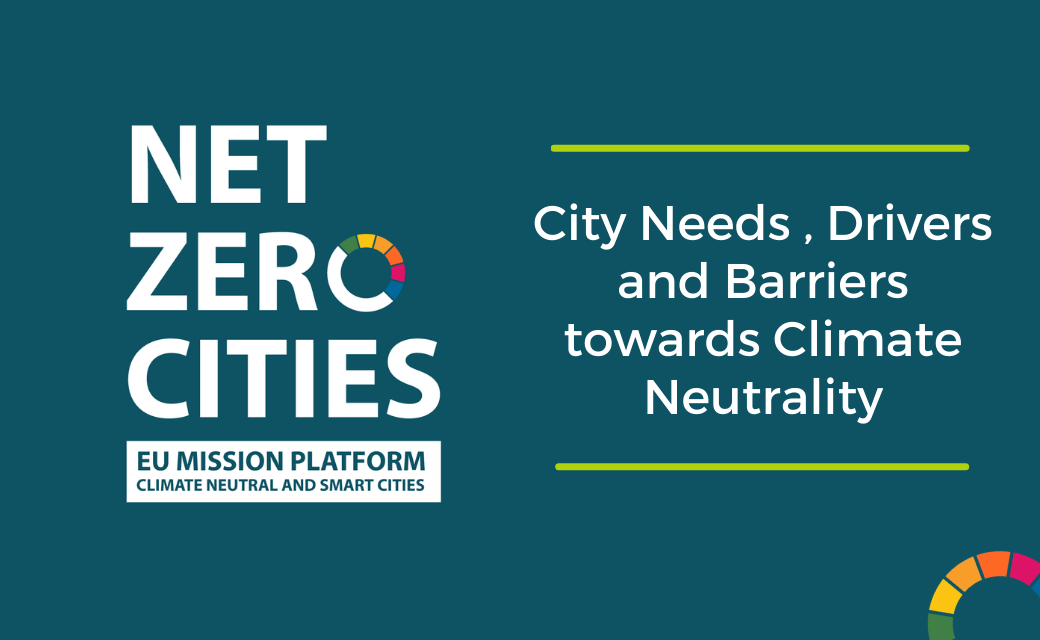 The division of duties within municipal administration and the lack of proper coordination between administrative levels were two of the biggest obstacles that cities highlighted. Cities emphasised the need for a new governance model, a systemic approach, and reciprocal obligations at the EU, national, and regional levels.

The Climate City Contract is one of the most intriguing governance tools created in recent years, according to the towns consulted. It is a long-term commitment that guarantees collaboration between cities and other governmental levels, as well as a tool for the cities.

Cities emphasised the disparity between strategy formulation and practical implementation, expressing the need to scale up current programmes and initiatives and switch from a project-to-portfolio approach. Cities cited a shortage of human resources as well as the prevalence of cultural barriers as major problems. Lack of understanding about a solution frequently stops people from changing “business as usual” instead of motivating them to look into new possibilities.

Cities are conscious of the importance of involving local populations in achieving climate neutrality in the areas of culture, social innovation, and participation. The existence of opposition and anxiety from communities to modify business as usual behaviour – just think of pedestrain zones in city centres! -, the effort to effectively involve more vulnerable groups, and the limited collaborations with the commercial sector were some of the major challenges noted by city authorities.

Tools, techniques, and best practises for engagement strategies might be helpful to cities. To win over residents and other stakeholders, they also need to understand how to demonstrate the socioeconomic costs of inaction.

Cities acknowledged that one of the biggest obstacles to finance and business models was a lack of money and financing options. High initial investment costs, governance and regulatory obstacles, as well as a lack of knowledge and experience in climate financing and investments, are all contributing reasons to this barrier.

Cities expressed a desire to share resources, techniques, experiences, and best practises with other cities and learn from them. Peer evaluations, instruction from outside experts, and demonstration of tools and approaches utilised effectively by other cities were all cited as beneficial features.

Finally, cities acknowledged the need for frameworks to assess policies after implementation by measuring progress, outcomes, and impacts.