From pioneers to late arrivals

Based on the advice of the governmental Safety Commission due to COVID-19, the instigation and withdrawal of mobility-limiting measures in Belgium has evolved quickly. Consequently, the mobility landscape has followed these evolutions: car and pedestrian traffic was halved during the lockdown, public transport dropped to 10% of pre-COVID-19, and cycling remained steadily.

To understand urban (transport) policies in Belgium, it is important to note that only air and rail travel in Belgium are regulated nationally; regional authorities regulate all other modes. As such, urban policies differ between regions. Here, we focus on Brussels and cities in Flanders. Cities primarily look at the type of measures defined in the ReVeAL project as ‘Spatial Interventions’, either regulating the car access of parts of the city (cf. residential areas or city centres) or parts of the roads (cf. reallocating road space from cars to cyclists and/or pedestrians). Low-emission zone (LEZ) regulations in Brussels, Antwerp and Ghent were lifted during lockdown but reinstalled in the exit process.

At the start of the crisis, mobility policy was a blind spot in the Corona emergency policy. The pioneering city region was Brussels. Primarily known as a car-dominated city, policy has changed for about five years. The recently approved and by EC awarded SUMP #GoodMove served as a strategic frame to develop a comprehensive and quite radical set of measures: 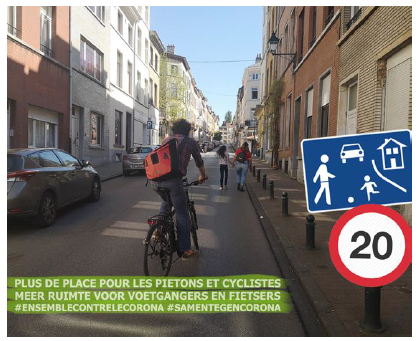 Fig 2. Re-allocation of road space and speed limits in Brussels

Meanwhile in the Flanders region several medium sized cities took the lead in deploying COVID-19 proof mobility measures. Some small towns followed. Only two months after the lockdown announcement did the Flemish minister of Mobility and Public Works launch a framework for Corona interventions. However, the operational and comprehensive toolbox – linked with a budget for subsidies – quickly became successful, leading to various showcases:

In Belgium – probably also in other countries – all three types can be found. However, the regional framework policies in Brussels and Flanders, as well as the inspiring interaction between the cities, are challenging more and more urban areas to come forward with tactical and future-proof interventions.