Since the very beginning of the ReVeAL project, the City of Padua has been promoting its superblock – check our past articles regarding ReVeAL getting featured in Italian media and our recap of the #PaduaReVeALed – Consortium Meeting.

On April 24 and July 15, 2021, local authorities organised two public meetings in relation to the Guizza “superblock” – the low-emission zone of the “Guizza” district near piazzale Cuoco.

Guizza as the heart of the superblock 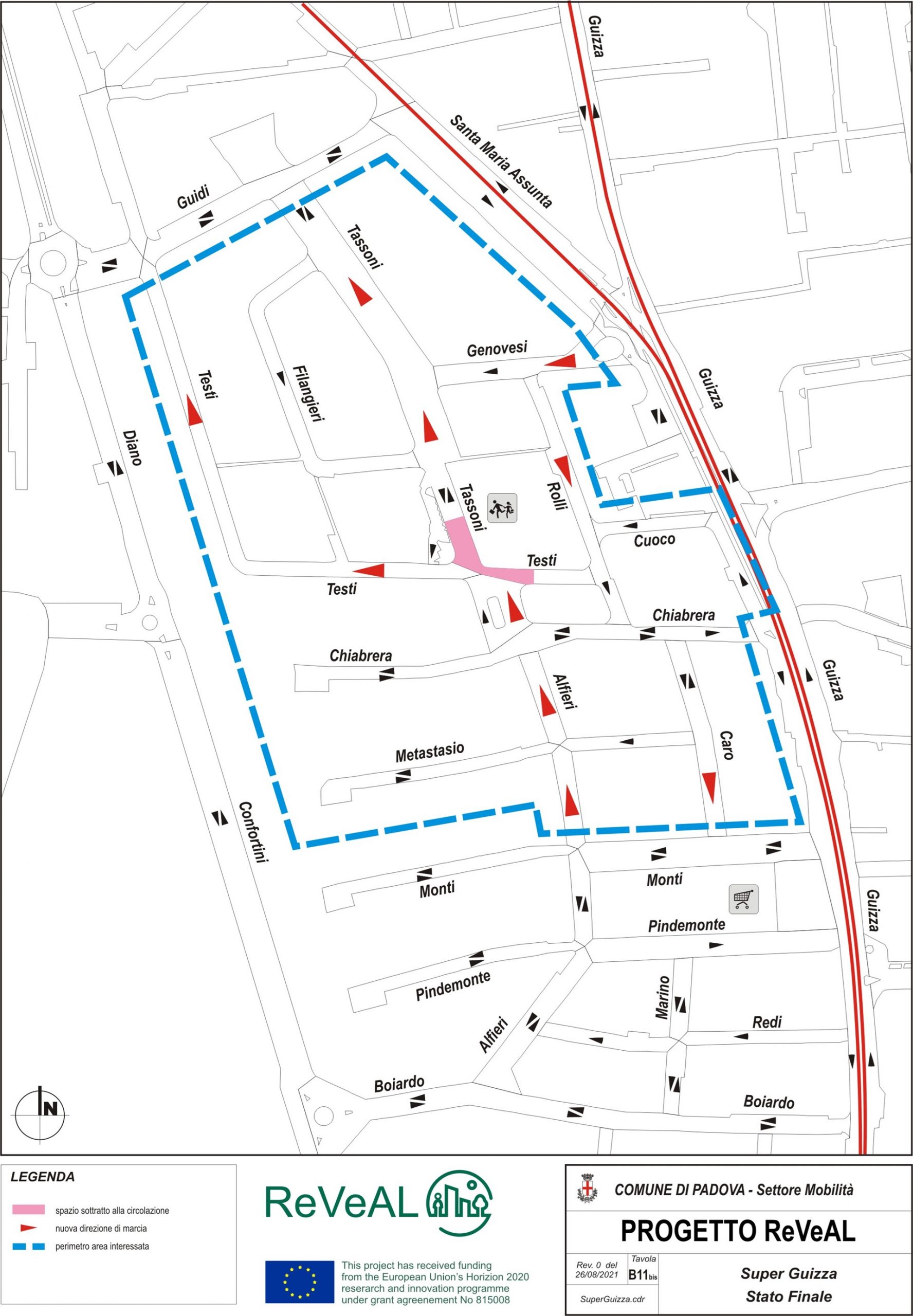 Guizza is one of the southernmost districts of the city of Padua, and it goes from the Bassanello area to the northern border of the municipality of Albignasego.

Being a residential area with a high population density (4 and a half hectares for 1.300 families), Guizza is served by the main axis of the city Metrotram, whose southern terminus is located in this district. It also represents the main access point to the city for traffic coming from the southern part of the province.

The focal point of the superblock, however, is just a small part of the overall district: this includes the Ricci Curbastro school, the local basketball court and the adjacent park with dog area.

A process of trial and error

By reducing traffic congestion, carbon emissions and noise pollution and increasing the safety and liveability of the district, the Guizza superblock aims at being an experiment for the city of Padua – one that, hopefully, through reassessments and corrections, might be widened and replicated in the future.

To gather feedback for such scope, the Municipality of Padua and the University of Padua have circulated a questionnaire regarding the liveability in the area, as well as in the historical city centre. Its results, collected anonymously and processed in an aggregate manner, will help calibrating the current interventions.

To get to know more about Padua’s involvement in ReVeAL, as well as the amazing activities of the District Council of Guizza, you can check the Facebook page of B4padova and the ReVeAL page of the Municipality of Padua.